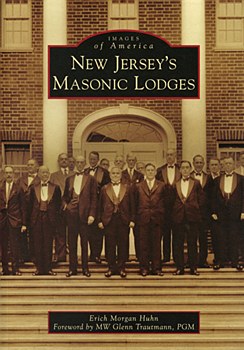 Across New Jersey, thousands of men have entered through the doors of Masonic Lodge buildings, also known as "temples," over the fraternity's more than 250-year history in the Garden State. These buildings, from humble meeting spaces to elaborate single-purpose centers, stand tribute to the memory and influence of one of the oldest fraternities in the world, founded on the tenets of faith, hope, and charity. From governors and US Supreme Court justices to carpenters and stonemasons, Freemasonry has welcomed men from all walks of life, and the temples they built have played important roles in the civic, social, and charitable life of many towns. Although some lodges have been lost, many still remain and are presented here for the first time through photographs and images collected from various historical societies, museums, libraries, and Masonic organizations. This book attempts not to serve as an encyclopedic source but rather to catalog and organize the development of the Masonic temples in New Jersey.